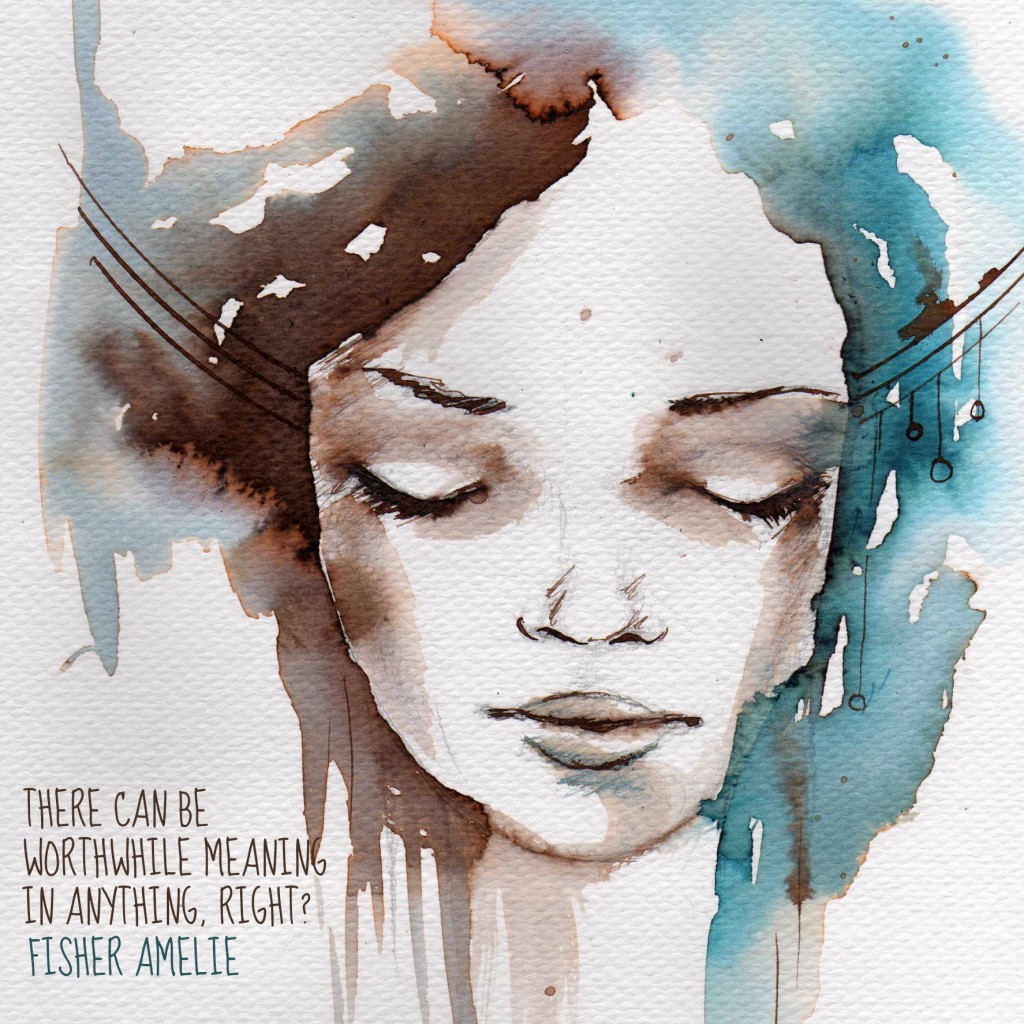 Soon I will be having surgery. It will improve my life tenfold. It will prevent me from sometimes debilitating pain. It will save me from humiliating and often awkward conversations.

And yet I don’t really want to do it.

Because it will also leave me sterile.

Now, I know what you’re thinking. “But, Fisher, you already have kids.” I know and I’m very grateful for the children God gave me. In fact, I couldn’t be more surprised by the miracles that are my children, the gifts He saw fit to give me. It’s truly humbling.

For those of you who don’t know, I have had rather difficult, high-risk pregnancies that risked not only my life but my children’s lives in the third trimester. It’s a rare condition that increases the risk of prenatal death in all carried infants in the last four weeks of gestation. It’s also why all my children were born prematurely and why I looked like a walking zombie for eight months with all three of them. It caused my liver to stop working altogether and I was forced to take toxic meds for hep c patients so I didn’t keel over while carrying them. Once my children were born, though, within hours, my body would bounce back as if nothing had happened. My liver would regenerate quickly and I didn’t look like a jaundice cancer patient after a few weeks. It was astonishing, really.

God gave me three children. Three. Three incredibly beautiful, unbelievably intelligent, outrageously creative children. And they are walking miracles. In a way, I am too.

A few years after Matt and I married, I got pregnant and was flabbergasted. It was scary, but I was so excited. Weeks flew by, the vomiting was atrocious, I started to show signs of gestational cholestasis, but didn’t know it at the time. Fifteen weeks in, the unthinkable happened. My baby died. And it was… devastating. I’d made huge announcements to my family and friends. I’d bought furniture and clothing and it was horrifying to look at them and the things I’d purchased. It was a stabbing pain to the heart and it was inexhaustible. It’s hard to put into words the pain of miscarriage, but I’m just going to put it out there. It’s death. It’s death and it’s terrible and it’s a mourning process that you deal with alone, because most people just don’t get it. They never held the baby, they never saw the baby, so, to them, that baby wasn’t real. The baby was real but only I knew them. It was like a private hell and I wouldn’t wish it on anybody. My only comfort is that they are in heaven waiting for me. In GREED, you can listen to Cricket tell Spencer her motivation for reaching heaven. If you read between the lines, you can see I am talking about the infant I never got to hold.

Soon after, though, I was given a peaceful reprieve in my oldest son. It was a rough pregnancy, as you know, but he was my finish line and it was a beautiful achievement. I had trouble conceiving for a few years after him and decided that it was what it was. If I was meant to be the mom of one, then that was spectacular. But God wasn’t done yet. He gifted me a second boy. Another extraordinary light in an otherwise dark earthly world and he made me feel even brighter, which was astonishing when I thought I could have gone blind from the resplendency that was my oldest. I was open to more, but because it took so long to have my second son, I assumed it would be difficult for me to get pregnant again, but I was wrong. My third baby, a girl, was born fifteen months later, and when I saw her shining face, I discovered a pattern.

Children are addicting. You don’t just love them, you fall in love with them. They are peace in chaos. They are wonder in gloom. They are reason in decay. They are new, unblemished souls and they change you. My children saved my life.

As a human, I am inherently selfish. I was lackadaisical in most areas of my life, especially my dedication to God, but my children broke through those hard set, limestone layers of selfishness, narcissism, and self-seeking that prevented God from entering my heart and soul. They shattered the shale and my eyes were suddenly uncluttered. Truths are deeper, dishonesties are clearer, and all because I started to worry about something bigger than myself.

Which is why I am grieving.

I will never be able to pick up one of my infants again, bury my face in their new, warm neck and breathe in the life they give off.

And that kills me.

Which brings us to the meat of it all. They found a tumor in my uterus. Don’t worry, it’s benign. I’m lucky. My physician told me that it was now or never if I wanted to have at least one more. That was back in September. The tumor has grown so large so quickly, though, that my stomach measures six months pregnant. I get asked all the time when I’m due. Innocent curiosities on most people’s part. I don’t blame them at all. I look decidedly pregnant. It’s disproportionate. Although the questions are innocent, it still crushes me to hear them, because now the tumor is too big to carry a baby safely. I’m not even sure I could get pregnant at this point.

It is what it is.

I used to explain to people what was really wrong with me, but it just became awkward and uncomfortable. I can’t even hide it anymore. If a stranger asks me my due date, I just tell them June and move on. I can barely discuss what is going on with close family members. It’s a constant reminder of what will never be for me.

My doctor could remove the tumor, but the tissues is there, and it grows rapidly. I could be back under the knife every few months. So after a few weeks of prayer, I have decided to take my doctor’s advice and have a hysterectomy. I don’t want it, but it’s what’s best. I don’t want it but I have accepted it.

The entire point of my confession is to let you in on my world right now. A lot of readers ask what took so long with FURY. I felt so badly that I haven’t been as prolific as I’d like to with my novels, but it was simply too difficult to explain what was going on, especially since I didn’t really fully know.

I’m an intensely private person, so it’s hard for me to open up in my public life. I wanted to share this all with you anyway because, as a fellow human, I want you to know that I am aware that you suffer more than you let on as well. We all suffer in a our private worlds and I get that. I feel for you. I love you for it because I understand.

Life is full of sacrifices so I have decided to give mine to God. At least then it will all be worth it. There can be worthwhile meaning in anything, right? We just have to choose.

I write but I’m more than a writer.

I hurt but I’m more than the pain.

I exist but I’m more than my existence.

I love but I’m more than a lover.

I’m Mom, but I could NEVER be more than a mother. There has been nothing greater than that for me. It’s a microcosm of heaven, motherhood.

Keep me in your prayers. Love you all to the moon and back five times.

3 thoughts on “A Confession”