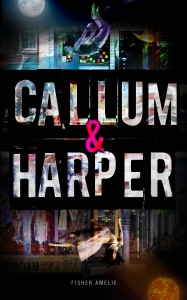 This is a post for other people who…post…about books and stuff. I know. I know, I have such a way with words.

Christmas Eve this year is kind of a big deal for me…Yeah, it’s the night before Christmas and that just happens to be my favorite holiday but it’s also kind of cool because I’m releasing Callum & Harper that day.

I wanted to do a blog tour to promote it and all that jazz and since I have no idea what a blog tour truly entails other than granting interviews, excerpts and giveaways, I’ve decide to make it what I want it to be. Hence, the title, ‘The 25 Day Tour of Bad Aces…”

Essentially, I’m looking for twenty-five bad ace authors and/or bloggers to host me.

These are the requirements to host me, Fisher Amelie, on one of the twenty-five days: You must be a bad ace.

Dude, I have an amazing group thus far but need a few more bad aces. The vacant slots are in bold. They’re bold and they’re beautiful, people.

E-mail me at fisher@fisheramelie.com if you’re interested. I’ll include and excerpt and a giveaway link. You have the choice of either providing me with the questions or I can do my own crazy freestyle-esque interview. Your choice. Also, if you’re interested, I’m sending out ARC’s next week. If you want one, just let me know in the e-mail and I’ll send it in the mass e-mail Monday, the fifth.

*Does a little jig*

Also, free virtual egg nog to all who participate. Don’t worry, it’s spiked. We’ll all be ‘cha-cha’ing’ around my virtual living room to Harry Belafonte’s ‘Shake Senora’ in no time at all.

4 thoughts on “Introducing: The 25 Day Tour of Bad Aces…”