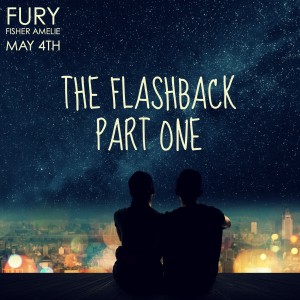 I was running late. The parking lot was full so I had to park my piece in the furthest space available. Why is it when you’re running late your problems always compound? I grabbed my bag out of the bed of my truck and sprinted toward the double doors that entered into the hall of my first class.

The bell at my high school rang five succinct times. I made it to the door just as the fifth chimed.

Everyone’s eyes stayed on me as I walked past lab table after lab table finally tossing my bag on the floor next to my seat. I fell into my chair.

“What’s up?” Finley Dyer asked, lifting her head a bit.

She closed her Chem book and drummed her fingers on the cover. I noted she’d chosen green nail polish that day. It had a purple shimmer to it, reminding me of a mermaid.

Finley crossed her long legs and I averted my eyes. She wore her usual cut-off’s with flip-flops but neither did anything to detract from the provocativeness of her freaking long, lean legs. My eyes traveled to safer sights over her shorts, briefly held a private laugh at her t-shirt which had a picture of a hedgehog and read, ‘Hedgehogs. Why don’t they just share the hedge?’, and settled on her face. A face I found a little too beautiful, a little too flawless, a little too NOT Cricket.

I cleared my throat and focused my eyes at the front of the classroom, staring at the markerboard Mr. Levi was writing on.

“Do anything fun over the weekend?” she asked.

My head whipped her direction. She wore a genuine smile

“Not really,” she said, wiggling her shoe back and forth on her foot. “Well, I did go swimming at Hungry Horse with August Hunt.”

My brows furrowed. “August Hunt,” I repeated in disbelief. “He’s so much older than you, though.”

She snorted. “By two years, Ethan.”

August Hunt was Caroline’s cousin. I knew him very well. I liked him just as well but that didn’t mean I’d want one of my friend’s hanging out with him.

“Uh, August Hunt is bad news for girls like you,” I told her.

“Girls like me?” she asked. Her face did not look at all pleased. “What does that mean?”

“I just mean that August isn’t interested in your mind, if you catch my drift.”

The words ‘I don’t know!’ sat at the tip of my tongue.

She sat up completely then and I regretted the words instantly, wishing I had just kept my mouth shut.

“And what kind of reputation would that be?” she asked, her eyes narrowed. 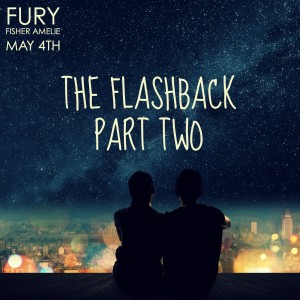 “And what kind of reputation would that be?” she asked, her eyes narrowed.

“The kind August Hunt doles out.”

She rolled her eyes. “Nothing is ever as it seems,” she explained cryptically. I couldn’t disagree with her.

Say something. Anything. Fill the silence. Talk to me. Divert me from my taxed soul and mind.

But she didn’t. Instead, she ran her pen over the tattered paper cover of her Chem book. Eventually a feather emerged. She took out her highlighters and colored the feather expertly and I was successfully called away from my pressing worries. 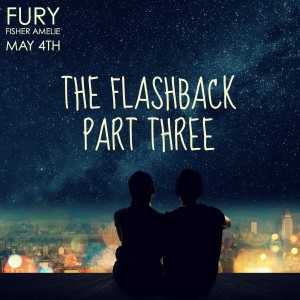 The overhead speaker crackled the way it usually did when they were about to do the morning announcements. Fin and I looked at each other in confusion.

The class “ooooh’ed” before bursting out in laughter.

“What the hell?” she said, sitting up. She laid down the highlighter she was coloring with and stood. “Welp! Guess I’ll be right back.”

She left her books, bag, and purse, walking toward the door, her flip flops slapping against the linoleum loudly.

“Hey, Finley!” Nate Mitchell called out. I rolled my eyes. “They must have heard about us behind the bleachers yesterday.” The three morons who were friends with Nate started snickering.

Without missing a beat, Finley replied, “That’s probably it!” she exclaimed in mock surprise. “They must be recognizing me for my outstanding charity work!”

I choked on my laughter. She winked at a bright red Nate and left the room.

“You want some ice for that burn, Mitchell?”

“You want some ice for that burn, Mitchell?”
“Shut up, Moonsong.”

The entire class period, I watched the door for Finley, expecting her back within ten minutes. But when ten minutes passed, twenty minutes, then thirty minutes, I actually began to worry about her. About thirty seconds before the bell chimed to signal the end of class, when we were all packing up our stuff, Finley walked in. I opened my mouth to tease her but was struck mute when I took in her appearance. Her eyes were rimmed red like she’d been crying for a long time. She hung her head low to hide it but there was no mistaking it. She’d been crying.

“Yo, Finley!” Mitchell called out, his earlier humiliation forgotten or, perhaps, *not*. “What took so long? Get lost on the way back?”

“Shut the hell up, Mitchell!” I yelled, startling him. He turned around and faced the board without another word. I fought the inexplicable urge to run to her, to comfort her but instead stayed where I was, waiting to speak to her until she’d reached her books.

She began piling her books and Five-Star’s into her bag. “My grandma died,” she said, tears spilling anew.

“I don’t know what I’m going to do,” she seemingly said to no one. She piled her pens into the front pocket of her bag and pushed the strap over her shoulder. Then she looked at me. “I have no one else in the world, Ethan. No one.”

One thought on “The Flashback”