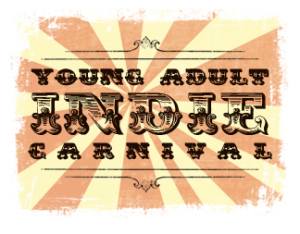 Welcome to Clown Alley, ladies and gentlefolk! This week’s topic? Three Indies we are currently reading!

Okay, so I read approximately two to three books a week and the majority of them are Indies. As I’ve said before, I’m a firm believer in Indies. Don’t believe me? Here, check this out. “Jane, Get Me Off This Crazy Thing!” Moving on…there are sooooo many authors to choose from. The first thing I did, was grab my Kindle and started rummaging through my last ten novels. I found that a lot of my choices were parts of series. So, I’ve decided to choose three Indie authors that have gotten me addicted to their series.

Here we go! Buckle up, Buttercup! 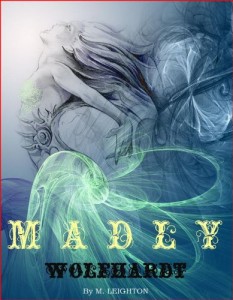 Madly is your average nearly-eighteen year old girl—for a mermaid princess, that is.

Madly James is thoroughly enjoying her internship in Slumber when the unthinkable happens—there’s a prison break in Atlas, Madly’s home beneath the sea. A traitor has set free eight Lore, the spirits of what humans know as fairy tales, and they are making their way to Slumber to awaken their descendants.

The first spirit to arrive is that of Ulrich Wolfhardt, a man that was once obsessed with wolves and a young maiden he would follow through the woods. After a bite from a wolf, Wolfhardt’s obsession with the girl became an unnatural hunger and the young maiden’s grandmother cursed him with a fate worse than death. And now he’s back…with a vengeance and a bite that can infect others as well.

Madly must learn the identity of Wolfhardt’s descendant and stop him before he kills again and spreads his curse across the earth. But the only person strong enough to help Madly is Jackson, the Sentinel who vowed to protect her and the one person capable of breaking her heart. Can Madly resist forbidden love long enough to save the world from Wolfhardt? Or will she have to sacrifice her heart and her destiny to save the ones she loves? 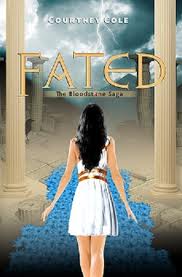 Seventeen-year old Macy Lockhart thought she had it all figured out.

As a Keeper in the ancient organization, the Order of the Moirae, she literally holds fate in her hands. She lives over and over in lives that end tragically; all to further the good of mankind as she does her part to control destiny.

But there’s one lesson that she hasn’t learned well enough. Nothing is ever what it seems.

Startling new revelations about her identity surface and Macy realizes that she’s more important than she ever imagined. As she struggles to grasp her new reality, everyone she loves is threatened. Is she strong enough to save them all?

I met someone who changed everything. Matthias. My autistic sister’s guardian angel. Honest. Inspiring. Funny. Hot. And immortal. That was the problem. What could I do? I did what any other girl would do-I fell in love with him. Zoe’s sister darts in front of cars. Her brother’s a pothead. Her parents are so overwhelmed; they don’t see Zoe lost in her broken life. Zoe escapes the only way she knows how: partying. Matthias, a guardian sent from Heaven, watches over Zoe’s autistic sister. After Zoe is convinced he’s legit, angel and lost girl come together in a love that changes destiny. But Heaven on Earth can’t last forever.

Ready for the next ride?

2 thoughts on “Third Time’s the Charm!”